Secret Shine emerged from the late eighties/early nineties Shoegaze scene. Releases on the cult label Sarah Records followed, most notably the single ‘Loveblind‘, earning the band an entry into the Indie top 20, and the album ‘Untouched‘.

After a long lay off in 1996, the band reformed again in 2004 before tragedy struck in 2005 with the untimely death of drummer Tim Morris. After recording a tribute record to Tim, the band remained active releasing a number of EPs and the long player ‘All of the Stars’ in 2008 and ‘The Beginning and the End’ in early 2012 along with frequent gigs in Europe and America.

The new album ‘There is Only Now‘ released on the Shoegaze imprint is being met with great critical acclaim. 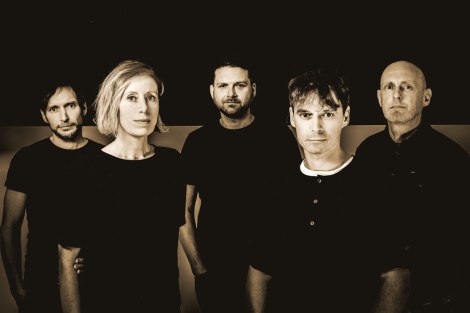 Frontiers Music Srl is pleased to announce the...

YOU ME AT SIX pubblicano “BEAUTIFUL WAY”, il...

Blue Öyster Cult are back with a set...

THE DOORS – The Doors 1967 Elektra Records

This website uses cookies to improve your experience while you navigate through the website. Out of these, the cookies that are categorized as necessary are stored on your browser as they are essential for the working of basic functionalities of the website. We also use third-party cookies that help us analyze and understand how you use this website. These cookies will be stored in your browser only with your consent. You also have the option to opt-out of these cookies. But opting out of some of these cookies may affect your browsing experience.
Necessario Sempre abilitato

Any cookies that may not be particularly necessary for the website to function and is used specifically to collect user personal data via analytics, ads, other embedded contents are termed as non-necessary cookies. It is mandatory to procure user consent prior to running these cookies on your website.