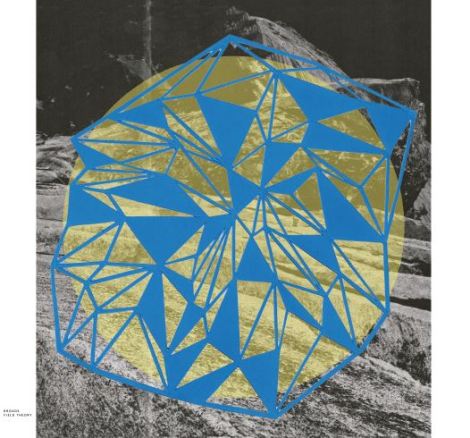 British electronic duo Broads are releasing from their 11-track album ‘Field Theory’ via Humm Recordings. Timed for the occasion, they also unveil a new video for ‘Us & The Buzzing’. Not long ago, the band revealed singles ‘Let Me Take it From Here’ and ‘Climbs’ , which features mesmerizing vocals from Milly Hirst with exclusive b-side ‘Late Devonian’.

Mainstays of the Norwich music scene, Broads deliver a variety of music – always delicious – ranging from synth-pop bliss to a hybrid fusion of genres straddling the divide between ambient drone, post-rock and shoegaze. Broads takes a fascinating approach with this album, tastefully showcasing completely different sides of their musical spectrum.

‘Climbs’ recalls Melody’s Echo Chamber and Broadcast, while ‘The Lecht’ brings to mind both Mogwai and Boards of Canada. ‘Mixed Ability Sequencing’ most strongly aligns with My Bloody Valentine andSlowdive, leaving you hanging with less than minute of pure guitar reverie, while ‘Habitats’ brings the duo delightfully close to New Orderterritory.

After several releases as a solo artist, James Ferguson says Broads’ dynamics started to change with the release of the ‘Hellas’ LP (Jan 2016), undergoing a kind of sonic breakthrough with Mark now joining James for live shows and co-writing one of its tracks ‘Soft Homo’ – the first time Broads had really arrived at their now-signature sound, marrying droning, lo-fi synths and slow build through repetition with straightforward electronics.

Broads started to perform more around Norwich and occasionally in Cambridge, Suffolk and London. By the time Broads released their split album ‘Local Closures’ with Mark’s other project EPIA, they were opening for Mercury Rev at the Norwich Arts Centre, followed soon after by Broads’ third album ‘Everything is Spinning, Nobody Is Actually In Charge’ (December 2016) with Mark and James once again co-writing.

Some very cool developments were happening for the duo, including work on a live soundtrack for the British Film Institute – composing for a sequence of archive film footage of rural/agricultural Norfolk scenes, and performing live in beautiful venues across the region – as well as a sold-out gig at the NAC with Plaid.

“Finding the balance between space and rich texture is something we’re really interested in, and hopefully something we’ve started to achieve on Field Theory,” explains James Ferguson. “The sound of the album is very much influenced by the recording environments and our geographical context as a whole – Norwich is kind of isolated, surrounded by expansive, flat landscapes and big skies.”

“For us, it’s a really big deal – our first record written as a 2-piece, and the first time we’ve had any sort of budget to spend,” says Mark Jennings. “We got support from Arts Council England to make everything happen and that has given us the chance to really take time over our writing, programming, editing and recording, and get some amazing people involved with making the record – especially Owen Turner (Magoo) who recorded quite a lot of it and mixed the whole thing.”

Apart from the geographic factor, Broads took inspiration from left field on this album – from road biking in the Scottish Highlands to news of George Romero’s death, Purity Ring’s second album and Unwound’s ‘New Plastic Ideas’, as well as lot of old sci-fi and horror movies.

Broads will release their ‘Field Theory’ album on February 16 with their album release party scheduled for February 15 at the Norwich Arts Centre.  For now, the first single ‘Climbs’ is available for download and the album can be pre-ordered via Bandcamp.
TRACK LIST
01. Toze
02. Climbs
03. Habitats
04. Lund
05. Us and the Buzzing
06. Romero
07. Let Me Take It From Here
08. Tiamat
09. Mixed Ability Sequencing
10. The Lecht
11. Built Calypso 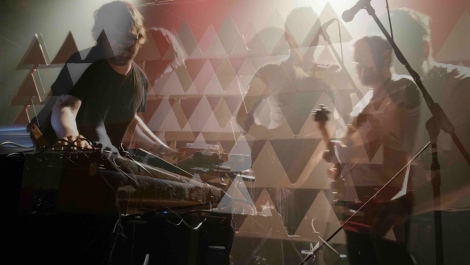 Lyrics on ‘Climbs’ by James Ferguson and Milly Hirst

Keep up with Broads

THE DOORS – The Doors 1967 Elektra Records

This website uses cookies to improve your experience while you navigate through the website. Out of these, the cookies that are categorized as necessary are stored on your browser as they are essential for the working of basic functionalities of the website. We also use third-party cookies that help us analyze and understand how you use this website. These cookies will be stored in your browser only with your consent. You also have the option to opt-out of these cookies. But opting out of some of these cookies may affect your browsing experience.
Necessario Sempre abilitato

Any cookies that may not be particularly necessary for the website to function and is used specifically to collect user personal data via analytics, ads, other embedded contents are termed as non-necessary cookies. It is mandatory to procure user consent prior to running these cookies on your website.